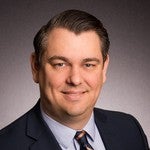 Drew Shapiro is Newton & Hall's resident salty veteran and newest lawyer on the team. He grew up in southern California and has traveled the world serving in the Air Force. Drew immediately took a liking to the mountains and oceans of the PNW while stationed at JBLM and decided to make it his home. He now shares that home with his dog, a boxer mix named Athena.

After leaving the Air Force, Drew briefly went to the east coast to attend Syracuse University on the GI Bill, where he graduated with high honors. He came back to the west coast for law school and earned his JD and MBA at Seattle University, where he graduated as a member of the SALUTE Veterans National Honors Society.

Drew is an active member of WA's growing veteran community. He was on the steering committee for the Washington State Veterans Bar Association from 2016 to 2017 and served as president of the Veterans Law Society from 2017-2018.

Drew comes to Newton & Hall from the civil law world, where he supported litigation against the WA Liquor and Cannabis Board on behalf of small business owners. His knowledge of administrative and court rules helps him fight for his clients. Drew's past as a technical expert and instructor in the Air Force give him an extra edge in court when it comes to police technology and training.

Drew handles a great many of the firm's protection order cases.  These include both prosecuting and defending against sexual assault protection orders, domestic violence protection orders, stalking protection orders, and anti harassment protection orders.  Drew has a firm grasp of the issues in these cases and a thorough knowledge of both district and superior court procedures.  When it comes to handling matters as personal as these, Drew offers thorough representation along with careful attention to the personal impact such situations can have on his clients and their families.