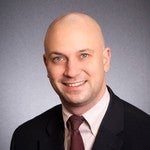 Charlie Varni is from the Seattle area and graduated from O'Dea High School.  He went on to attend Washington State University where he earned degrees in History and Anthropology, before moving back to Seattle to attend Seattle University School of Law.

Charlie has worked solely in criminal defense since graduating from law school. Charlie started his career working for the City of Federal Way defending clients in their Municipal Court, before moving to private practice criminal defense.

Charlie is admitted to both the Washington State Bar, and the United States District Court (Federal), Western District.  He is also a member of the Washington Association of Criminal Defense Lawyers.