The FBI faked an entire field of forensic science.

Of 28 examiners with the FBI Laboratory’s microscopic hair comparison unit, 26 overstated forensic matches in ways that favored prosecutors in more than 95 percent of the 268 trials reviewed so far.” The shameful, horrifying errors were uncovered in a massive, three-year review by the National Association of Criminal Defense Lawyers and the Innocence Project.

It is the holiday time and with our recent veterans day holiday, Newton & Hall has partnered with Puget Sound Honor Flights to pay to pay to transport a veteran in our community to Washington D.C. to visit the war memorials located there.

Defense attorneys, including those who handle DUI cases at our office, are constantly battling to prevent people from being wrongfully convicted of DUI cases in courts throughout Washington state. The New York Times recently wrote a nice article talking about nationwide issues with breath test machines, and specifically with those that are being used in Washington.

The Seattle Times recently ran an article from the Washington Post, discussing an arrest for possession of cocaine based on a "field test" performed by police in Saluda County, South Carolina. The article describes an arrest of Shai Werts, the quarterback at Georgia Southern University. Mr. Werts was pulled over for speeding on July 31, 2019 and the officer thought a white powdery substance on his hood was cocaine. He told the officer it was bird poop, but the officer performed "field test" on the powdery substance and it came out positive for cocaine. The quarterback was arrested, he was briefly suspended from his team until he passed a drug test, but he was still in danger of missing the season opener game for his team. On 8/8/2019 the prosecutor's office stated the test did come back and that there was no controlled substance found. This is the latest case in which the reliability of "field tests" for drugs has been questioned. There have been many occasions where an arrest and incarceration resulted from a flawed field test, and it is thought that persons have actually been convicted based on the flawed tests.

Even police officers are not immune to allegations of sexual misconduct.  I have represented officers who are accused of sex crimes, and in this #MeToo era, it is easy to lose a career and more, just from the allegations of a

The Kent Police department is seeking to enter a state pilot program that utilizes technology to automatically issue tickets for vehicles with illegal (loud) exhaust systems to deter street racing. The device the department is seeking to use reportedly measures noise that triggers a camera that capture a vehicle’s license plate, similar to red-light cameras and school zone traffic cameras that catch speeding drivers.

Most times I meet with clients, I ask them about their interactions with the police that investigated them. Most of the time, people who I'm representing chose to speak with the police. Now, given that I am representing them, there is certainly an argument to be made that there decision was not a good one.

What Phone is the Most Secure from Government Search and Seizure?

I can imagine it was much more difficult for police detectives to convict criminals prior to the invention of cell phones. They actually had to get search warrants to tap suspected criminal's home phones, or even tougher to tap public phone booths. That sure has changed today, as most officers know that all of our lives are contained in our cell phones. Our phones keep track of where we go through GPS, all of our conversations are documented in the form of phone calls, text messages, emails, or chat apps.

Even Old Accusation Can Haunt You

The news has been filled lately with accusations of sexual misconduct. They have derailed CEOs, politicians, artists, actors, and other figures. These are only the accusations we read about in the media. Imagine how many people have lost their careers and stature in the community, from allegations that we never hear about. Most of the cases we handle at our law firm are not publicized, although occasionally we handle high profile "media cases".

State chips away at daunting backlog of DNA rape evidence — but can’t keep up.

One of the ways that the police and prosecution use to gather evidence of sexual assaults are DNA tests. The Seattle Times recently had an article (click here to read) on the backlog of DNA testing from sexual assault examinations, the article stated that there are more than 6000 kits waiting to be tested. It appears that many of these tests are not expedited, due to the perceived lesser need for DNA in those cases. The most common reason being, that the alleged perpetrator was known to the victim, and therefore there is no need to identify them.

The Kent Reporter recently had an article about Keith Hall, of the Newton & Hall Law Office. Keith was recently honored by the prestigious American Institute of Criminal Law Attorneys, with their for his second year as one of the "10 Best Criminal Law Attorneys for Client Satisfaction". Keith, and all of the attorneys at Newton & Hall look forward to continuing to bring client satisfaction to all of those persons represented by our office.

Bill to Decriminalize Driving on a Suspended License Introduced

The Seattle Times recently publicized a plan by the state legislature to decriminalize driving on a suspended license in the third degree. Many of those who are charged with this crime do not have a license for financial reasons, rather than any safety related reason.

City of Seattle to Vacate All Marijuana Charges

Jenny Durkan, the City of Seattle Mayor, announced today that her office and that of City Attorney Pete Holmes, would be asking Seattle Municipal Court to vacate convictions and dismiss charges for marijuana possession cases prosecuted before pot was legalized statewide.

Prosecutor's Can Jail Witnesses for Failing to Testify

Why Campus Rape Tribunals Hand Down So Many 'Guilty' Verdicts

I have similarly observed that schools investigators and decision makers are choosing to always believe accusers, in spite of often time overwhelming or at least equal evidence to the contrary. I believe that the "me too" movement, along with political pressure, and junk science is making it extremely difficult for an accused student to get a fair hearing regarding these issues. I hope that eventually the pendulum will swing back to allow for fairness to those that are accused of sexual wrongdoing, but at this time it is very hard to get a fair trial or hearing on these accusations.

You Can Lose Your Gun Rights without A Conviction 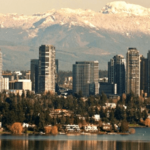 We are very excited to announce that we are planning to open a second office, to serve our eastside clients.  This office will be located in downtown Bellevue on 108th Street. This office will be convenient for meeting with our local clients, and will be in close proximity to the:  Kirkland Muni...

Recently the King County Prosecuting Attorneys office began a process often times called restorative justice.  This is program where youthful offenders are offered counseling, and spend time discussing their offense, and how it affected others.  It may involve meeting with the family of the vi...

The Kent police are at it again, using their usual online advertisements to lead Johns to the Howard Johnson hotel. Kent Reporter Article

Weve all heard the Miranda Rights read off by police officers on TV shows or in Hollywood movies.  They usually read them off when they are arresting the criminal, and they sound like this: 1.  You have the right to remain silent. 2.  Anything you say can be used against you in a court of law....

The city of Bellevue recently launched an internet sting where they placed Backpage.com advertisements and arrested 110 men who showed up to an apartment complex in Bellevue.   You can read about the operation in this recent Seattle Times article. If you were arrested in this sting operation, o...

Should I Use a Public Defender?

Does our criminal justice system truly guarantee JUSTICE FOR ALL? Not if you don't have the money to hire your own top-notch attorney, it doesn't. (CBS News)

Many think that on college campuses, sex assault cases occur more frequently than in other areas of society. RAINN (Rape, Abuse amp; Incest National Network), estimates that 11.2% of college and graduate students will experience rape or sexual assault through physical force, violence, or incapac...

Even Very Intelligent People Make Mistakes When Agreeing to Speak to the Police.

Never meet with law enforcement, state agencies, or any investigators of any kind without speaking to your attorney first. If you are pressured to make a decision immediately, politely decline. This is the best policy even if it does result in you being taken to jail, since often times they would have taken you to jail anyways, but if you cooperated, you would have given them more evidence to convict you at trial later on. Many times, I will allow my clients to meet with law enforcement and various investigating agencies, but I will never do that without being present and usually without setting ground rules such as: what questions will be asked; and whether we will be recording the interview.