What is an IID or Ignition Interlock Device? 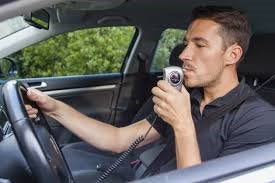 One of the biggest concerns of the Washington court system, including prosecutors and probation officers, is the issue surrounding repeat drunk driving offenses.  Because of these issues, there was a push to invent and adopt a device that could stop people from driving drunk.  The device that manufacturers came up with was the ignition interlock device, and it worked by wiring it into the car's starter so that the driver would blow into the device, and if alcohol was detected the car would not start. The device also kept a log of starts, fails, and alcohol levels.  Using these logs the courts could see if someone was regularly trying to start their car after drinking.  These devices are programmed to not let the vehicle start if a person has a breath alcohol level above 0.25, but will identity alcohol at much higher and lower levels.

The IID device has changed over time to add additional safeguards to prevent DUI offenses:

1)  Each IID has a camera integrated with the system, so that a picture is taken of the test subject each time they take a breath test.  This eliminates the issue that courts frequently saw where a driver blamed someone else for blowing in the device, and the driver's criminal defense lawyer blamed this other person for failing the test. Now there was a picture of each test subject.

2)  The device was programmed to require addition "rolling tests" at random times when the vehicle is being driven.  This eliminates situations where an intoxicated driver has someone else blow into the car to start the vehicle, and then drives it off themselves while drunk; and

3) The device requires that a person blow into the machine and then suddenly suck air backwards.  This avoids a person using a source of compressed air (scuba tank, etc.) in an attempt to circumvent the system.

Courts are frequently requiring the installation of these devices in all DUI cases, even on first offenses.  This can be ordered at the time a person is arraigned, or when a case is finished.  Courts are required by law to impose an IID as a condition of release on any second offense DUI offense.

If someone is convicted of a DUI, the Washington Department of Licensing (DOL) will require an ignition interlock device to be installed in any automobile that the person drives for a certain period of time.  On most first offense DUI cases the period of IID installation is 1 year, for a second offenses it is 5 years, and for a third offense it is at least ten years.  There are some exceptions to this rule for employer owned cars/trucks driven during working hours.

If someone is convicted of a reckless driving or negligent driving in the first degree, and they have a prior alcohol related offense within 7 years, they will be required to have in ignition interlock device installed for at least 6 months.