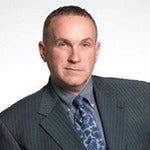 James attended Antioch University in Seattle and went on to earn his Juris Doctorate from the Gonzaga University School of Law, in Spokane, WA. He was admitted to the Washington State Bar, as well as the U.S. District Court Western District of Washington.  James retired from the practice of law in 2013, and now enjoys time with friends and family in his retirement.

Although James is now retired from the practice of law, he is thrilled that the lawyers at Newton & Hall, who he trained and mentored, are continuing to serve the needs of the accused throughout the state.

You can contact Newton & Hall online to schedule a free initial attorney consultation.

At Newton & Hall in Kent, Washington, our criminal defense lawyers serve clients throughout the state of Washington, including the greater Seattle, Tacoma, and Olympia area; South King County including Kent, Renton, Federal Way, and Auburn; and Eastside communities including Bellevue, Issaquah and Kirkland, Redmond, Issaquah and Woodinville. The attorneys of Newton & Hall travel statewide, handling criminal trials in both the Washington State and federal courts.