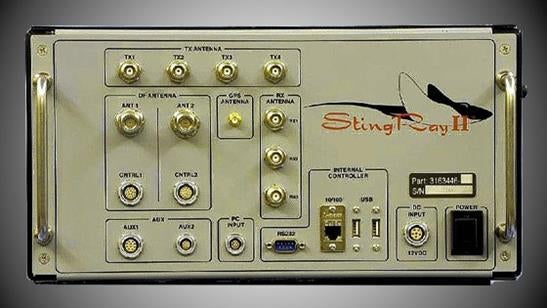 It was recently announced by the Department of Homeland Security, that they would require warrants for Stingray devices, which are used to simulate cell phone towers, and have the ability to zero in covertly on the location of cell phones.  Previously, many of their agencies were surreptitiously using these suitcase sized devices, often while driving in cars, to look for cell phone information while posing as a cell phone tower.

According to the ACLU:

Stingrays, also known as “cell site simulators” or “IMSI catchers,” are invasive cell phone surveillance devices that mimic cell phone towers and send out signals to trick cell phones in the area into transmitting their locations and identifying information. When used to track a suspect's cell phone, they also gather information about the phones of countless bystanders who happen to be nearby.

Law enforcement agencies all over the country possess Stingrays, though their use is often shrouded in secrecy.

Department of Homeland Security is the parent organization for the following agencies:

The new regulations will not apply to state and local agencies, who in the past have used the same technology and refused to disclose its use.  Some have even signed non-disclosure agreements with federal agencies and makers of the devices, that they will refuse to disclose their use, even if it requires the dismissal of criminal charges to avoid disclosure.

This means that in some situations, it may be possible for the criminal defense lawyers at Newton & Hall to get a case dismissed, in order to for local and state agencies to abide by their non-disclosure agreements.

Stingray devices can determine the exact location of a cell phone, the number it is calling, and the number that is making the call.

Keith Hall Criminal Defense Attorney Keith loves representing and fighting hard for his clients.  His clients are often people who have never been in trouble before, but now find themselves in the gun sights of the government's prosecution machine.  Often times these clients...

Comments have been disabled.